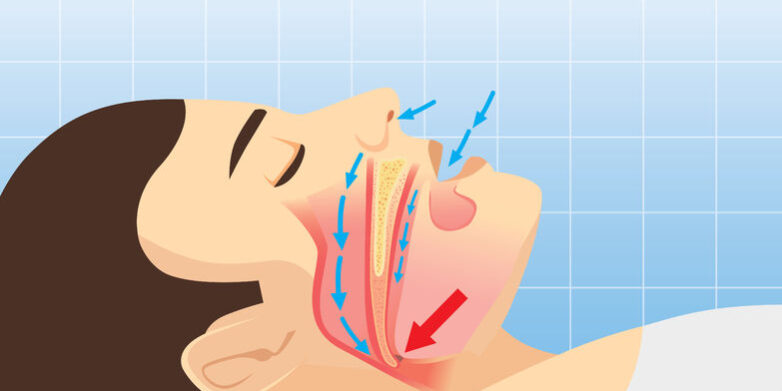 Sleep apnea leads to interrupted breathing during sleep. In their study, the researchers found that patients with the condition who had a form of the heart procedure called angioplasty were much more likely to suffer heart attacks or strokes after their procedure.

The big difference held up even when the researchers adjusted their findings so they wouldn’t be thrown off by factors like obesity and high blood pressure, which are common in these patients.

While the study did not prove sleep apnea caused heart disease to worsen, the authors think the first one probably exacerbates the second one.

“And patients who have been diagnosed with sleep apnea should know about the strong relationship between sleep apnea and heart disease,” added Chi-Hang, a senior consultant in the department of cardiology at the National University of Singapore Heart Center.

For the study, the researchers tracked just over 1,300 patients from Brazil, China, India, Myanmar and Singapore who had undergone angioplasty with stents. In these procedures, surgeons thread catheters through vessels and clear blockages by implanting stents designed to keep arteries open.

Almost 60 percent of the patients were overweight or obese, and 45 percent were diagnosed with sleep apnea.

The researchers followed the patients for a median of two years. Of the patients, 141 (11 percent) suffered a stroke, heart attack or needed another procedure. Out of those patients, 24 died.

But, these problems only occurred in 8 percent of patients without sleep apnea.

Chi-Hang said sleep apnea appears to be the culprit, especially in light of the “ample data” in studies over the past two decades that has linked it to heart disease.

Sleep apnea appears to contribute to cardiac illness by robbing people of oxygen, Chi-Hang said, a process that can lead to surges in blood pressure and inflammation. These, in turn, can harm the lining of blood vessels, thicken blood and make the heart struggle, he explained.

Chi-Hang said doctors should screen angioplasty-with-stent patients for sleep apnea. Patients with the sleep condition who have daytime sleepiness should get treatment via CPAP (continuous positive airway pressure) breathing machines, he said.

However, only 1 percent of those diagnosed with sleep apnea were being treated via CPAP by the end of the study, as many patients won’t accept treatment with the breathing machines, he added.

The research has been limited because only about 30 percent to 40 percent of patients who try the breathing devices keep using them after a year, she explained.

Jelic said it may be possible to better understand the connection with a controlled clinical trial. But, it would be dangerous to assign some sleep apnea patients with daytime sleepiness to not undergo treatment just to compare them to those who do get treatment.

Meanwhile, Jelic said, “every patient with cardiovascular disease should be screened for sleep apnea by answering questions during the doctor’s visit.”

The findings were to be presented Monday at the American Thoracic Society annual meeting in San Francisco. Studies released at conferences should be considered preliminary until they are published in medical journals after peer review.

For more about sleep apnea and cardiac disease, try the American Heart Association.

Let them cry it out? Pediatric Sleep Hygiene
September 1, 2020

The Respiratory Therapist in DME …Necessity or Expensive Luxury?
August 10, 2020

Questions?
Please contact us with questions or comments. Our staff will reply shortly.
RECENT POSTS
Go to Top